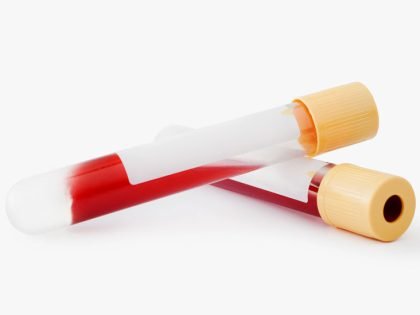 Cortisol is a stress hormone released by the adrenal glands.

It's important for helping your body deal with stressful situations, as your brain triggers its release in response to many different kinds of stress.

However, when cortisol levels are too high for too long, this hormone can hurt you more than it helps.

What Happens When Cortisol Is High?

Over the last 15 years, studies have increasingly revealed that moderately high cortisol levels can cause problems.

Fortunately, there are many things you can do to reduce your levels. Here are 11 lifestyle, diet and relaxation tips to lower cortisol levels.

1. Get the Right Amount of Sleep

Timing, length and quality of sleep all influence cortisol.

For example, a review of 28 studies of shift workers found that cortisol increases in people who sleep during the day rather than at night.

Insomnia causes high cortisol for up to 24 hours. Interruptions to sleep, even if brief, can also increase your levels and disrupt daily hormone patterns.

If you are a night shift or rotating shift worker, you don't have complete control over your sleep schedule, but there are some things you can do to optimize sleep:

SUMMARY:Keep a consistent sleep schedule, avoid caffeine in the evening, avoid sleep interruptions and get seven to eight hours of sleep daily to keep cortisol in a normal rhythm.

2. Exercise, but Not Too Much

Depending on the intensity of exercise, it can increase or decrease cortisol.

This short-term increase helps coordinate growth of the body to meet the challenge. Additionally, the size of the cortisol response lessens with habitual training

In contrast to "maximum effort" exercise, mild or moderate exercise at 40–60% of maximum effort does not increase cortisol in the short term, and still leads to lower levels at night .

Stressful thoughts are an important signal for cortisol release.

Mindfulness-based stress reduction is a strategy that involves becoming more self-aware of stress-provoking thoughts and replacing worrying or anxiety with a focus on acknowledging and understanding stressful thoughts and emotions.

Training yourself to be aware of your thoughts, breathing, heart rate and other signs of tension helps you recognize stress when it begins.

By focusing on awareness of your mental and physical state, you can become an objective observer of your stressful thoughts, instead of a victim of them

Recognizing stressful thoughts allows you to formulate a conscious and deliberate reaction to them. A study of 43 women in a mindfulness-based program showed the ability to describe and articulate stress was linked to a lower cortisol response

The Positive Psychology Program offers a review of some mindfulness-based stress reduction techniques.

SUMMARY:"Stress mindfulness" emphasizes self-awareness of stressful thoughts and signs of body tension. Becoming more aware of stress and its triggers is the first step to successfully coping with stress.

Various relaxation exercises have been proven to reduce cortisol levels (

Deep breathing is a simple technique for stress reduction that can be used anywhere. A study of 28 middle-aged women found a nearly 50% reduction in cortisol with habitual deep breathing training (.

Multiple studies confirm that yoga can reduce cortisol and manage stress. Regular participation in tai chi has also been shown to be effective .

For example, listening to music for 30 minutes reduced cortisol levels in 88 male and female college students compared to 30 minutes of silence or viewing a documentary.

Helpguide.org has a brief guide to several relaxation techniques like those used in these studies.

Another way to keep cortisol down is simply to be happy .

A positive disposition is associated with lower cortisol, as well as lower blood pressure, a healthy heart rate and a strong immune system

Activities that increase life satisfaction also improve health and one of the ways they do this may be through controlling cortisol.

For example, a study of 18 healthy adults showed cortisol decreased in response to laughter feelings of well-being, which translate to lower cortisol. A study of 49 middle-aged veterans showed that taking up gardening decreased levels more than conventional occupational therapy ).

Another study of 30 men and women found that participants who gardened experienced greater cortisol reductions than those who read indoors (48Trusted Source).

Part of this benefit may have been due to spending more time outdoors. Two studies found decreased cortisol following outdoor activity, as opposed to indoor activity. However, other studies found no such benefit .

SUMMARY:Tending to your own happiness will help keep cortisol down. Taking up a hobby, spending time outdoors and laughing can all help.

Friends and family are a source of great happiness in life, as well as great stress. These dynamics are played out in cortisol levels.

Cortisol is incorporated in tiny amounts into your hair.

The amounts of cortisol along the length of a hair even correspond to cortisol levels at the time that part of the hair was growing. This allows researchers to estimate levels over time

Within couples, conflict results in a short-term elevation in cortisol, followed by return to normal levels

A study of conflict styles in 88 couples found nonjudgmental mindfulness or empathy led to a more rapid return of cortisol to normal levels following an argument (53Trusted Source).

Support from loved ones can also help reduce cortisol in the face of stress.

A study of 66 men and women showed that for men, support from their female partners reduced cortisol in response to public speaking (

SUMMARY:Relationships with friends and family can lead to happiness and to stress. Spend time with those you love and learn to forgive and manage conflict for better emotional and physical health.

In one study, interaction with a therapy dog reduced distress and resulting cortisol changes during a minor medical procedure in children

Non-pet-owners experienced a greater drop in cortisol when they were given canine companions, likely because pet owners had already benefited from the friendship of their animals at the beginning of the study.

8. Be Your Best Self

Feelings of shame, guilt or inadequacy can lead to negative thinking and elevated cortisol .

For some causes of guilt, fixing the source will mean making a change in your life. For other causes, learning to forgive yourself and move on can improve your sense of well-being.

Developing a habit of forgiving others is also critical in relationships. One study of 145 couples compared the effects of different kinds of marriage counseling.

SUMMARY:Resolving guilt improves life satisfaction and cortisol levels. This may involve changing habits, forgiving others or learning to forgive yourself.

9. Tend to Your Spirituality

If you consider yourself spiritual, developing your faith can also help improve cortisol.

Studies show that adults who expressed spiritual faith experienced lower cortisol levels in the face of life stressors such as illness.

Prayer is also associated with reduced anxiety and depression (

If you do not consider yourself spiritual, these benefits may also be available through meditation, developing a social support group and performing acts of kindness

SUMMARY:For those with spiritual inclinations, developing faith and participating in prayer can help control cortisol. Whether you're spiritual or not, performing acts of kindness can also improve your cortisol levels.

Nutrition can influence cortisol for better or for worse.

Sugar intake is one of the classic triggers for cortisol release. Regular, high sugar intakes may keep your levels elevated (.

Interestingly, sugar can also reduce the amount of cortisol released in response to specific stressful events

Taken together, these effects explain why sweet desserts are good comfort foods, but frequent or excessive sugar increases cortisol over time.

Studies have proven that at least two nutritional supplements can lower cortisol levels.

Fish oil is one of the best sources of omega-3 fatty acids, which are thought to reduce cortisol (76).

One study looked at how seven men responded to mentally stressful testing over three weeks. One group of men took fish oil supplements and the other group didn't. Fish oil reduced cortisol levels in response to stress

Another three-week study showed that fish oil supplements reduced cortisol in response to a stressful task, compared to a placebo (78Trusted Source).

Ashwagandha is an Asian herbal supplement used in traditional medicine to treat anxiety and help people adapt to stress.

A study of 98 adults taking an ashwagandha supplement or a placebo for 60 days showed that taking 125 mg of ashwagandha once or twice daily reduced cortisol levels (79).

Another study of 64 adults with chronic stress showed that those who took 300-mg supplements experienced reduced cortisol over 60 days, compared to those who took a placebo.

SUMMARY:Fish oil supplements and an Asian herbal medicine called ashwagandha have both been shown to help reduce cortisol levels.

Try the simple lifestyle tips above to lower your cortisol levels, have more energy and improve your health.